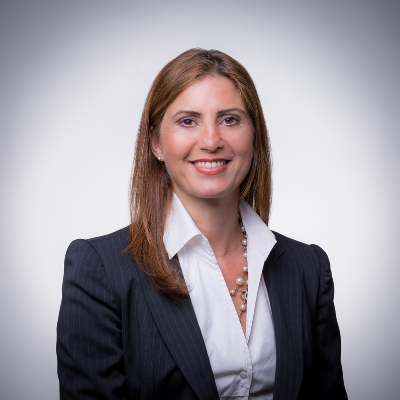 Jasmin is a dual qualified English and German Solicitor and has been specialising in maritime law since the start of her career. She studied law in Hamburg and maritime law in Southampton and gained valuable experience in international law firms in Hamburg and London in the respective maritime departments.

After three years of working in the city of London, she moved to Dubai in 2002 and joined Lloyd's of London insurance broker as legal counsel for the Middle East. She established an excellent network within the maritime community and developed her legal skills further by handling marine insurance claims, from salvage, collisions, wreck removal to cargo claims and personal injury. This gained her the reputation as one of the most experienced marine experts in the region.

In 2005 Jasmin established Fichte & Co, one of the leading law firms in the Middle East, with the support of the shipping community. Her company has since grown to one of the largest full service law firms and represents not just shipowners, P&I clubs, banks, trading houses but also numerous clients from a variety of sectors and industries. She is publishing frequent articles on diverse subjects of marine, shipping and transportation law.

Jasmin is working with the UAE Federal Transport Authority and the Dubai government for the past 10 years on improving the maritime infrastructure. These efforts have culminated in her being appointed by H.E. Sultan Bin Suleyam to chair the Dubai Maritime Advisory Council, an authority with the mandate to advise the government on ways to improve the maritime infrastructure of Dubai.

She has been consistently named in the Legal 500 EMEA (Shipping) and Chambers & Partner.

Jasmin regularly conducts training on maritime, shipping and transportation law, marine insurance etc. She also conducted ISPS training in 2004 and a series of sessions on maritime law in 2019 for Dubai Port Police.