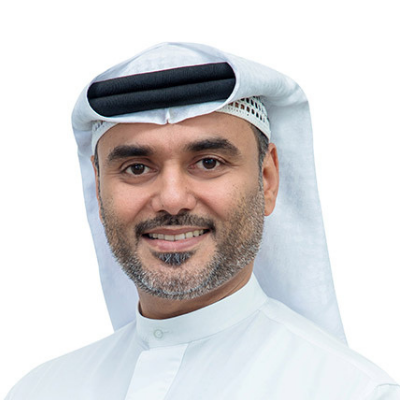 Captain Al Ali started his career with NGSCO in 1996 as deck cadet and made his way through the ranks until he sailed as first UAE National Master on LNG carrier in 2008. Later in 2009 he joined the head office of ADNATCO-NGSCO to serve as Operations Manager, Tanker Fleet Manager and in 2013 was appointed Senior Vice President of Operations supervising the Operations of all LNG, Tanker and Dry Bulk Fleets as well as Marine personnel.

In 2017, following the merger of ESNAAD,  IRSHAD and ADNATCO, he assumed the role of Senior Vice President Shipping at ADNOC Logistics & Services to supervise the operations of all Shipping Fleet.

He holds an Executive Master Degree in Business Administration from Zayed University and BSc degree in Maritime Business and Management from John Moores University in Liverpool.