What a night! Winners announced for the 31st Seatrade Awards

The presentation of thirteen covereted trophies saw the very best of maritime ambition, innovation and success come under the spotlight at the 31st Seatrade Awards.

Taking place in the magnificent setting of Guildhall, the eminent evening welcomed over 300 of maritime's leading influencers, power-players and decision makers; convening here for a night of networking and celebration. 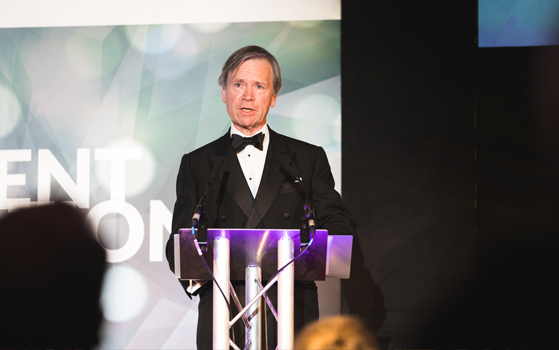 Leading the roll call on the night was Lord Mountevans, Chairman, Maritime London & President, Institute of Chartered Shipbrokers, who was announced as recipient of the prestigious Lifetime Achievement Award 2019.

Lord Mountevans’ career began in 1972 as a graduate trainee with the international shipbroker Clarksons. He was appointed to the Board in 1989 and served as Managing Director of the Gas Division 2001-2014. A Member of the Baltic Exchange; Institute of Chartered Shipbrokers and chairman of Maritime London, Lord Mountevans was a popular winner among his peers.

"Our Lifetime Achievement Award winner this evening has been involved with the shipping industry and in the governance of the City of London.In linking these two roles, he has become a thought leader for the industry in this country,” remarked Chris Hayman, Chairman of Seatrade.

Lord Mountevans was joined by five more, high-profile maritime personalities; each regonised for their outstanding individual contributions in fostering the future of maritime, including: 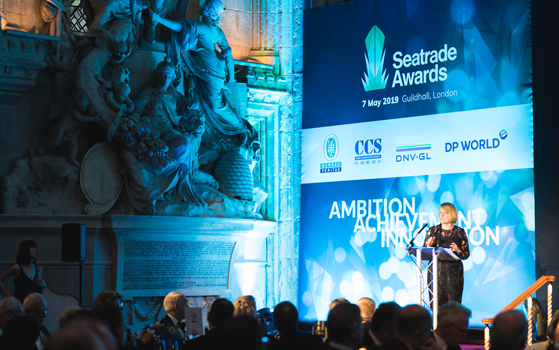 Guests were treated to speeches from both Grayling and Francis; who used the opportunity to respectively highlight both the progression of maritime, but also its role in contributing to a more sustainable world.

"I'm really pleased to be amongst so many people who understand the ocean - and such initiatives like Seatrade Awards are of great importance because this industry a really critical role to play in climate change," remarked Francis, whose primary work on understanding past climate change during both greenhouse and icehouse periods, particularly in the polar regions, the areas on Earth most sensitive to climate change.

Seven further winners were also announced on the night, which marked the culmination of a rigorous judging process. Assessed by an independent panel of maritime experts, analysts and thought-leaders, the standard of entries was once again remarkable high.

"The quality of entrants for tonights awards is remarkably high. Everyone who has been put forward for these awards is in their own right, a winner," remarked Grayling, during a speech which also highlighted the UK's progression in line of government initiative, Maritime 2050. 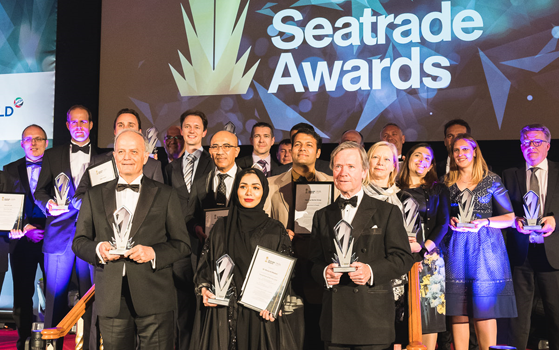 Seatrade Awards is held in association with Lloyd's List and will return in 2023.