Established in 1989, Seatrade Awards entered its 30th year of maritime celebration in 2018

Since its inception, Seatrade Awards has been an iconic part of the international maritime industry. Originally introduced as an antidote to the darker side of shipping which dominated public perception, Seatrade Awards offered its community a beacon of hope; a stage to showcase success and a catalyst to drive market innovation.

A lot has changed over the last three decades; yet Seatrade Awards remains a consistent support during challenging and difficult time. Seatrade Chairman, Chris Hayman, reflected on what 30 years means for Seatrade Awards ahead of this landmark celebration.

Seatrade Awards - Where it all began 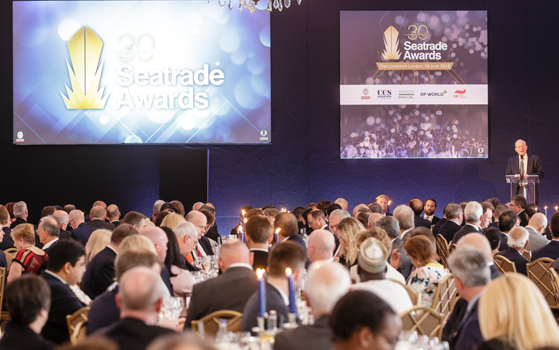 Seatrade founder Themistocles Vokos, myself and our team talked about identifying those people within the industry who were making real efforts to improve standards across the board. This was in the hope that we could convey to a wider audience that there were and are, very large numbers of people who take those challenges very seriously and are working extremely hard to address them, with resulting improvement in standards.

We then took the idea to the then IMO Secretary General, Dr CP Strivastava, because we felt that if our award programme were to be respected it needed to have the support of the maritime industry’s international regulator, IMO, and the leading associations within the industry. Dr CP Strivastava liked the idea very much and agreed to become Chairman of the judges for this new initiative of Seatrade awards. We then approached the leading associations at the time and invited the chair of these organisations to join the panel of judges, and we witnessed a humbling wide spread of support.

At home in Guildhall

And so the first awards dinner was held in 1989 – we decided that if the awards were to be established at a high level and taken seriously by the industry, then we needed to find the venue that would reflect what we were trying to achieve.

So, we opted for the iconic, Guildhall, a venerable venue with hundreds of years of history in the city of London, which has been, over the centuries, a major centre for the maritime industry. Invited to the gala dinner each year was a series of leading industry names and a VIP guest. VIP guests have included members of the royal family - it was with great honour we welcomed Prince Philip, Duke of Edinburgh, Prince Andrew, Duke of York, and Princess Anne, a number of times. We also had the pleasure of hosting for politicians and leading figures, including Edward Heath and Theresa May.

We have tried to adapt and change the focus of the awards in line with developments in the industry.

Over the years, we have added different awards to address particular issues and challenges. For example, a few years ago, we added an award to address the questions of maritime piracy. This was a very high-profile challenge for maritime and we used that as a means of recognising individuals and organisations who had made a real impact in addressing this terrible phenomenon.

In addition, we have worked closely with IMO to develop an award surrounding their theme of the year.

The process has matured, and we witnessed a warm welcome to the new format in 2017. I think we’ve also recognised that in an industry that’s consolidating, the impact of some of the industry’s global performers has been very notable and so a number of years back, we introduced the Global Performer award which recognises some of the industry’s leading organisations that have made a global impact in their sector.

Most recently, we launched three new awards that focus on the way digital technology is affecting the industry, and some of the other challenges such as the fuel challenge. There are further changes afoot this year, of which more information will be shared shortly.

Seatrade Awards is held in association with Lloyd's List and will return in 2023.